If I Were an Abuser, What Church Would I Want to Attend?

I am proud to feature the work of Dr. Nancy Murphy on my blog today. Dr. Murphy is a professor, former Executive director of Northwest Family Life, and created Speaking Up online course to help educate churches in navigating issues of Domestic Violence. She has been my teacher and supervisor for the past 10 years and has greatly shaped my views on male violence and the importance of speaking up. The art featured is by Rocco Fazzari and was originally published on http://abc.net.au who commissioned these stunning pieces.

Enjoy and please share “If I Were an Abuser, What Church Would I Want to Attend?“

I recently presented training on Domestic Violence for over 100 pastors.  They paid to attend and they stayed for 6.5 hours. It was what this woman’s heart dreamed of.  Faith leaders taking time to think through issues of power and control, safety and accountability.

Rather than feeling as if I had made headway in helping ‘the church’ think through ways to help a victim in an abusive marriage or perpetrator looking to repent, or remain using abusive tactics, the focus of the training pivoted when one of the pastors asked, “What do you do when a woman lies?” The question deserved curiosity. We all know that by virtue of gender, all women are not sugar and spice and everything nice, so I asked him if he could give me an example.

“Yes”, he exclaimed and stood to his feet.  “A woman came to my office to tell me she was being beaten by her husband.” He hiked up his pants to ensure his shirt was neatly tucked into his jeans, displaying a large belt buckle that seemed to bring him great pleasure.  He looked down at it briefly, looping his thumbs into his belt and then filled us in as to what his response to her had been. With a bit of flair, he announced, “Now, I’m a minister of the gospel of the Lord Jesus Christ. I don’t tolerate abuse in my church. So I went over to confront her husband and he told me he had NEVER beaten her.  He might backhand her from time to time, but he had never beaten her.” He looked directly at me and shaking his head back and forth said, “So what do you do when a woman lies?”

In my broken humanity, I considered stepping forward and backhanding him, but knowing the learning from that was not what I ultimately wanted, reconsidered.

Sitting down to work through the question with these men, I thought to myself,  “If I were abusive and loved Jesus, I’d want to go to these men’s churches”. No one offered anything to the conversation along the lines of, “Are you saying backhanding your wife is okay?” or “What is your definition, Pastor, of beating?”, or “How do you address domestic violence safely?”, or “What do I do when someone in my congregation thinks it’s okay to backhand his wife from time to time?”

Instead, they looked to me with what appeared to be eager and open hearts, ready to receive what I had to offer — in response to the question, “What do you do when a woman lies?”

I had been in the room with them for less than 30 minutes and had six more hours to go.  You can imagine the horror and fear I elicited in that room as I thanked the pastor for his question and invited everyone to turn to the other men at their tables of 6 and share the following with each other:

I wrote the questions on the whiteboard and turned to the sea of men before me.  They were resistant and nervous, but I just smiled as warmly as I could and said we would report back with each other in about 10 minutes, and went and got a cup of coffee.

I was paid handsomely for that training, and I earned every cent of it.  There were two other women present in the room that day. One was a pastor’s wife who had come to sit in the back of the room so I wasn’t the only woman present.  The other was a local television reporter. It was big news, she said, that pastors would gather on a topic like domestic violence and she deemed the turnout newsworthy.  She said she had to leave the room at one point because she lost her objectivity and couldn’t stop laughing when I gave them that exercise. She hugged me at the end of my presentation.  She was the only one.

Many thanked me, and the evaluations were mostly good with the most common comment being that 6.5 hours was not long enough.  But I was spent.

I pondered this question on my long flight home: Where would I want to go to church if I were an abuser?  The idea had never crossed my mind before that day, but I began to think through my own story, the stories of many survivors and perpetrators who had related their own experiences in church and reflected on my experience of the day.

If I was male: 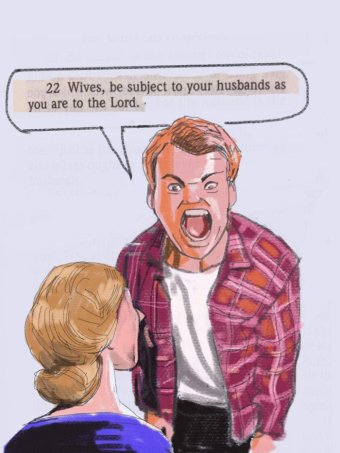 If indeed the statistics are true that in the US, 1 in 4 women have experienced abuse by a spouse or a boyfriend, 7 million children live in families where severe partner violence occurs, and almost 500 women are raped or sexually assaulted each day (Futures Without Violence), certainly domestic violence is present in church families. Yet, not one pastor or ministry leader in that audience that paid me to present said that anyone, male or female, in their congregation had ever come to them to confide that violence or abuse was happening in their home.  The only one who had experienced something like that had concluded that the woman lied.

After debriefing, the table groups following up on their responses to the 4 questions I had left them with, we broke for lunch.  As we gathered after lunch I noted that no one had left. Everyone was still accounted for, so I began to work through with them alternatives to silence, whether it be intentional silencing from leadership or a self-imposed silencing from victims and/or perpetrators within the congregation.

Northwest Family Life Learning  Counseling Center, of which I am the Executive Director, has been in existence since 1989.  Our mission is to ‘assist individuals and families in finding hope and healing while facing the pain of domestic violence’.  We are faith-based and deeply desire safety and wholeness within the home. As a part of our work, we provide a state-certified batterers intervention program.

In a research study that included 1059 male participants of our intervention program from 1990-2003, over 20% of the men admitted to the following behaviors in their relationship with their intimate partner: pushing, restraining, grabbing to prevent leaving, punching holes in the walls, pounding/slamming on a table, hitting with an open hand, slapping, shaking, gripping to prevent leaving, punching with a fist, throwing objects at or near their partner, blocking, raising their voice, destroying family property or vehicles, choking, kicking, and bumping.  It must be reiterated: these are behavior that the men personally admitted to on the intake form, a time when they are most guarded. 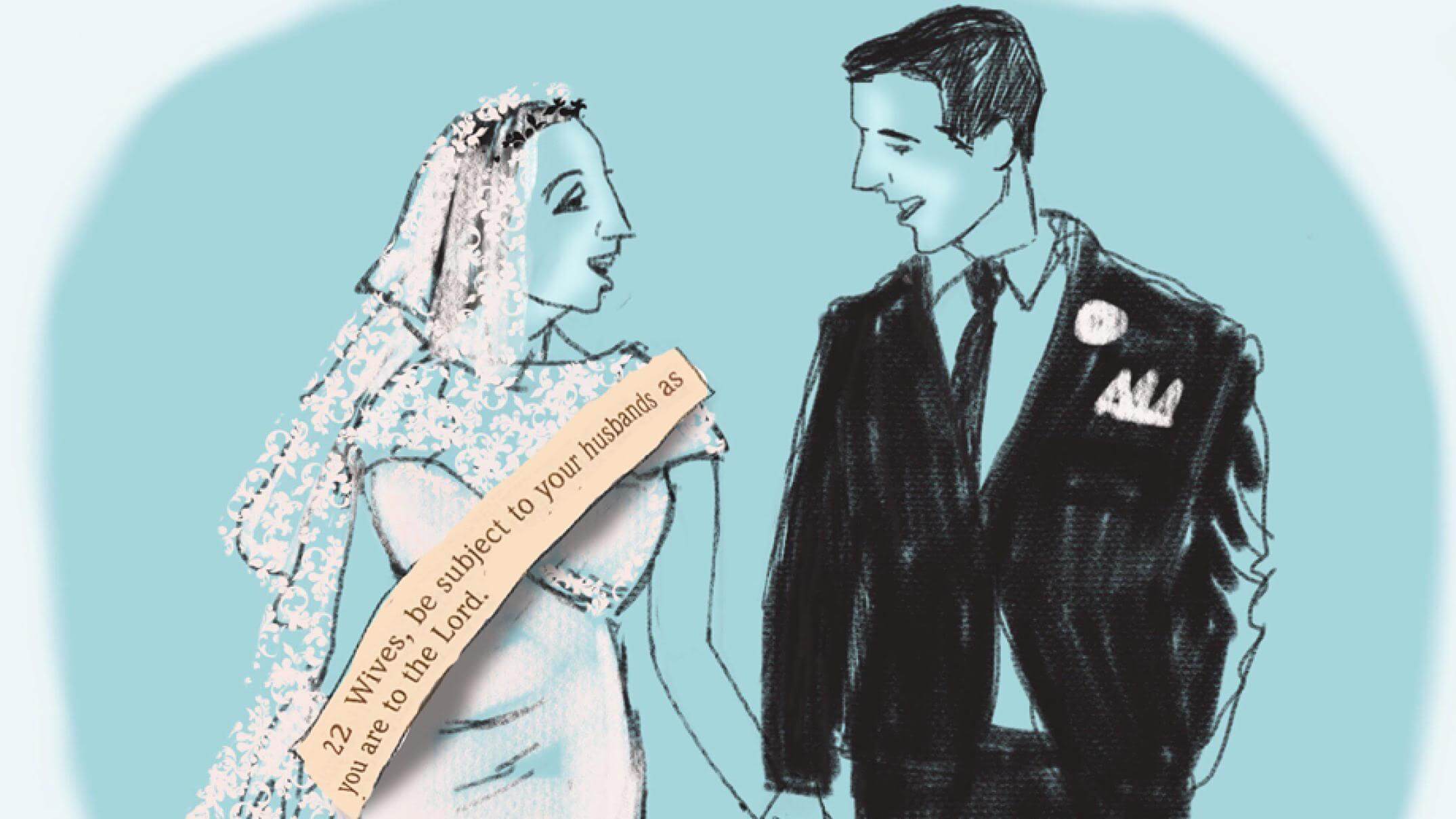 These men were mostly white, educated, religious, and almost half were still married. One in three reported they had either military training or were employed by the military. The majority were not receiving any pharmacological treatment at the time of intake, yet there were 159 references to a past history of psychiatric or psychological problems, 127 references to depression and 18 references to anxiety disorders.  On the other hand, over half (56.7%) of the men who were asked reported that at some point they had received treatment for alcohol abuse, with a similar proportion of the case files (56.6%) indicating problems related to alcohol consumption. Of the 428 men who were asked, 115 (26.9%) indicated that they had been given a DWI. A total of 434 men were asked about substance abuse and 23.5% indicated that they experienced such a problem citing cocaine, marijuana, and opiates. ( Journal of Religion and Abuse vol.5 (4), 2004)

It was then that we began to unpack what the term domestic violence included, what we had imagined the term to mean, and what it really meant.  The definitions seemed to be eye-opening and I appreciated those that were willing to open up to an understanding of violence that moved from the image of black eyes and broken bones to the following:

Domestic violence is a pattern of behaviors used by one person to maintain power and control over another partner in an intimate partner.  We talked through a variety of relationships these days, including marriage. We talked through the scope of behaviors that, when formed into a pattern, often fit into the categories of economic abuse, privilege, minimizing, denying, and blaming, sexual abuse, using the children, emotional abuse, spiritual abuse, isolation, intimidation coercion, and threats — all tactics used for control.

At this point, the men in the audience needed a break.  I was hitting my stride, but the strain on their faces was evident, and I extended the break because what I was going to present next was also going to be challenging. 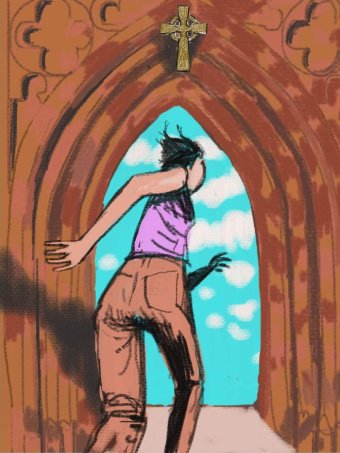 Given that they now knew there was domestic violence in their church and possibly in families of prominence in their church or in their ‘extended family’, I asked if they would be willing to commit to making a plan for their place of worship to become safe for victims and accountable for change for perpetrators.

I asked, what does the Lord require of us? We reviewed Micah 6:8:

To act justly~ As Christians, we have the responsibility to respond on behalf of the oppressed.

To love mercy~ As Christians, we are uniquely poised to provide protection for the abused and hope for change for the abuser.

To walk humbly with our God~ As Christians, we walk with Him and care for His children as He has cared for us.

The mood in the training began to shift and instead of addressing some of the texts that have often been misused, the ones on submission, suffering, bearing our cross, forgiveness, and divorce, we turned to a broader text. Galatians 5:22-23 reads, “The fruit of the spirit is love, joy, peace, patience, kindness, goodness, faithfulness, gentleness, and self-control. Against such things, there is no law.”

I suggested that in order for these fruits to be evident in the home, it is essential these goals be accomplished:

At times the conversation was terse, other times the banter was friendly, but every part of our being together mattered, and I was grateful for the opportunity to play with some of our assumptions, dearly held theologies, and personal hypocrisies with the hope that victims coming forward will be believed, abusers called to change, and both well cared for.  Restoration and mourning we barely had time to touch on. We needed more time together.

At the end of the training, I specifically sought out the Pastor with the memorable belt buckle.  I looked him in the eye and thanked him for his work. He shook mine and pumped it generously saying, “I can tell you think I have a lot to learn, and I do.”

Change means ever-growing,  we learn one thing only to uncover another and it takes time and collective intention to go just one step deeper.  I still believe that together we can make a difference, but I left unsettled. 6.5 hours is not enough time. We only scratched the surface and I can only hope and pray that these leaders will continue to challenge themselves to learn more.

By Andrew Bauman|2022-08-07T10:33:34+00:00March 9th, 2020|Addiction, Church, Domestic Violence, Forgiveness, God, Grief, Healing, Kindness, Marriage, patriarchy, Relationships, Sexism, Sexual Abuse, Shame, Violence|Comments Off on If I Were an Abuser, What Church Would I Want to Attend?